Tony Cartlidge is one of my favorite California Wine personalities.   He's a British transplant with an outsize personality, a memory like a steel trap, and a kind word for everyone.

He founded Associated Distributors in the '80s and was the first one to bring in Jorge Ordoñez's imported Spanish wines into California.   He founded Cartlidge and Brown winery around the same time, gaining placements in nearly every independent wine retailer and fine dining restaurant in Northern California. (We carried his Chardonnay and Pinot Noir for many, many years).   Associated was sold to a larger house, and eventually Cartlidge and Brown collapsed - the name survives, but it's not the same stuff. 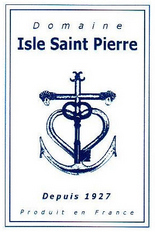 Founded in 1927, Domaine Isle Saint Pierre is located on a small island in the Rhône River.  It is run today by fourth generation vigneron Julien Henry. The proximity to the water provides a cooling influence that allows the wines to retain great freshness even in the far south of France, and deep well-draining sedimentary soils comprised of sand and silt. Because of the terroir and temperature, they are able to grow varietals that thrive in a Continental climate, such as Merlot, Cabernet Franc, Chardonnay and Sauvignon.

Year in, year out, this is our best selling rosé - and it's easy to see why: bright fruit and balanced flavors, low alcohol and organic and biodynamic viticulture!

Always one of the first rosés to hit the market, this traditional southern Rhone blend comes from 25-50 year old vines grown along the Gassac River. It boasts a pleasant, intense nose with hints of strawberries. Full and round on the palate with red fruit flavors.

Raúl Pérez Pereira is universally considered to be one of the world’s most visionary winemakers. Since he produced his first vintage for his family’s winery in 1994 at the age 22, he has been in the forefront of the conversation about what has been called “The New Spain”.

In 2005, he left his family business to strike out on his own, creating Bodegas y Viñedos Raúl Pérez, which quickly became the point of reference for the Bierzo appellation. In the intervening years, he has expanded his sphere of activity to include the appellations of Rías Baixas, Ribeira Sacra and Tierra de León, but his heart and his home remain in Valtuille de Abajo, the village in Bierzo where his family has been tending vines for well over 300 years. 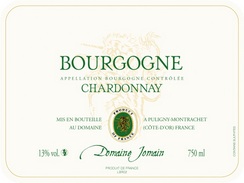 If you're like me and love white Burgundy, you've been priced out of many of your favorites over the past years.  That $30 Puligny-Montrachet is now over $100, and the once bargain of St.Aubin  is now in the $50-60 range.

A true family enterprise, brothers Philippe and Christophe Jomain, along with sister Catherine, launched this Chardonnay focused Cote de Beaune domaine in 1992 with vines inherited from their father, Marc. With precious parcels in four of Puligny’s premier crus and almost an acre of hallowed ground in the Grand Cru Batard Montrachet, Domaine Jomain consistently produces a line of classically elegant white Burgs. 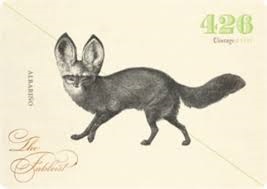 Between Fableist, Wonderwall, Neverland, Fiction and Field Recordings, we carry more wines made by Andrew Jones than any other winemaker - over 20 SKUs and growing.  Why?  His wines are varietally correct, reflect a sense of place, follow sustainable or organic farming practices and punch well above their weight class in the value department.  The Fableist project is co-owned by Sans Liege and Groundwork owner winemaker  Curt Schalchlin.

Situated in Malepère, the most westerly region of the Languedoc, Château Guilhem was built in 1791.

Then the property of the Marquis de Auberjon, it was bought by the Guilhem family in 1878. Bertrand is the fifth generation of his family to run the estate.   The 85 acres of vineyards are planted mainly to Bordeaux varieties— Cabernets Sauvignon and Franc, Merlot, and Sauvignon Blanc— with some Chardonnay.

We've been carrying wines from the Molnar family for over fifteen years now.  Arpad Molnar lives in Oakland, and his brother Peter lives in Berkeley.  The partriarch of the two brothers lives in Piedmont.   These guys are local.

February 18 is National Drink Wine Day!
(Like we need an excuse!)

A Trebbiano, Verdicchio, Malvasia Bianco and Grechetto blend made by — get this — nuns, at a monastery just north of Rome.

Unfiltered and organic, this hazy, strawberry-blonde wine is part of a growing group of so-called orange or amber wines.  These wines are vinified essentially like red wine: left in much longer contact with the grape skins than is normally the case with white wines, so that the fermenting grape juice takes on a slightly tannic and dry, delicious, cider-like quality.

Domaine de Taille aux Loups (Jacky Blot)  Montlouis sur Loire Petillant ‘Triple Zero’ NV  (Organic)
Vinous:  "Jacky Blot has been instrumental in taking Montlouis out of Vouvray’s shadow and establishing for it a reputation of its own. Much of what he has done appears old hat today, but it was revolutionary at the time: organic viticulture, hand harvests, wild yeasts, barrel fermentations and no malolactic conversions 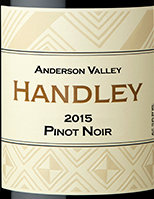 Centuries ago, Pinot Noir earned a reputation among the winemaking monks of Burgundy for expressing terroir better than any other variety in the region. Today, wines from California’s remote Anderson Valley American Viticultural Area (AVA) show that the grape does the same in their neighborhood.  The 15-mile-long valley sits just 10 miles from the cool, blustery Pacific Coast, and the appellation is dotted with great sites to grow Pinot Noir.Anderson Valley’s appeal to Pinot makers is its cool climate. It facilitates the sort of elegant, restrained Pinot more akin to Oregon’s Willamette Valley or Burgundy than sunnier climes to the south like Napa, Sonoma and Santa Ynez Valley, regions that tend to turn out bigger, riper, plumper wines.
Read more: Handley Pinot Noir
Category: Featured Wines 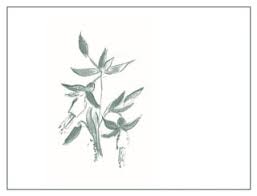 Chateau Tournefeuille is an amazingly balanced and tasty Bordeaux.  Made from Merlot and Cabernet Franc from biodynamically farmed grapes, this classic wine hails from the AOC of Lalande-de-Pomerol, literally a stone's throw from the more famous Pomerol appellation, and more importantly, adjacent to Pomerol's most famous winery, Chateau Petrus.

I visited this winery a few years back, and was amazed at their quiet determination to produce a very high quality wine at am extremely reasonable price - $29.99 per bottle.

Lately, I find that I am drinking way more bubbly wine; there's always a bottle ready to go in my refrigerator.   And there should be in yours as well.

We tend to eat more stews and braises in the cooler months, and Champagne has a way of going with most foods, as its bright acidity cuts through fat like a laser beam; it cleans your palate and refreshes your spirits (and, if not, it's always a great way to start off the evening!). 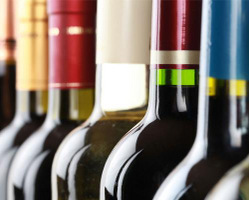 Our Bargain Wine Club is perfect for the everyday wine drinker who doesn't want to break the bank while uncorking a Tuesday night wine to go with dinner.

Like many other wine merchants, we've eschewed the Nouveau Beaujolais bandwagon for the past several years:  the idea of air-freighting cases of Nouveau Bojo to the West Coast in order to fit some 1970's French marketing scheme never seemed to be sound, and many years the wine wasn't that good anyways.

But, the idea of fresh, newly pressed and vinted wine, released soon after harvest is an age old tradition, in France and elsewhere - it's a celebration of the end of harvest, and the hopes of new beginnings.